Our ladybugs usually hibernate inside the crevices of the split trunk of a wild cherry tree. In late spring, after leaves have sprouted and temperatures are consistenly near 60 degrees, they emerge from hibernation. When they emerge, they do so all at once. There will be a spontaneous eruption of thousands of ladybugs crawling in the grasses surrounding the tree. They move a little sluggishly and don’t immediately start flying. It seems to take until mid-day before they stretch their wings. But by late afternoon, they’ve scattered throughout the property and can be found exploring the brush and shrubs for aphids. From there, they spend the rest of the season helping us naturally control the pests that plague our roses, clematis and other plants.

It’s not uncommon for us to find one or two ladybugs inside the house during the winter. We usually find them crawling near a door or window, probably close to the opening that they crawled into to hibernate. The warmth inside the house possibly drew them in. Since they don’t do any damage to the house, we really wouldn’t mind a few flying around inside. After all, they’re said to bring good luck. But it wouldn’t be good luck for the ladybug because there’s no food source for them to find inside and the dry, arid air and low humidity inside would quickly cause them to die of dehydration.

Hibernating ladybugs use the fat reserves inside their bodies to get them through the winter. The cracks and crevices they normally hibernate inside hold enough moisture or humidity to prevent dehydration. A ladybug in the house in winter will be running low on fat reserves. There won’t be any insects or nectar for it to replenish fat reserves, and it will quickly dehydrate and die.

To help the ladybugs make it through to spring, we get them rehydrated and then ease them back into hibernation. We’ve done this for several years now and have some tips to share if you find yourself in the same situation.

Ladybugs can live 1-3 years
They primarily eat insects, but will also eat pollen and nector to bulk up their fat reserves before hibernation
They need temperatures above 55 degrees in order to fly and forage for insects
They use the fat reserves in their bodies for nutrition during hibernation
Ladybugs emerge from hibernation when temperatures are consistently above 59 degrees 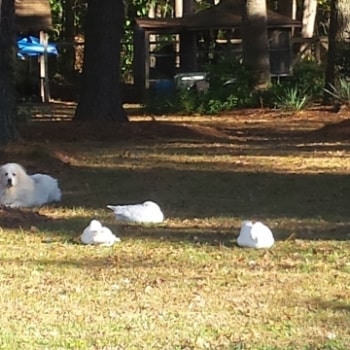 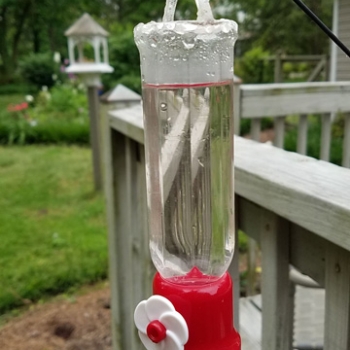 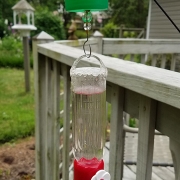